Illustration magazine about the border region Germany, Belgium, Luxembourg and France in Europe. This unique region is characterized by many similarities and is rich in differences. Fantastic magazine to present this multifaceted region in an exciting and interesting way. What's special about the magazine? Only illustrations are used, no photos.
The particularity of the magazine is that it consists entirely of illustrations. 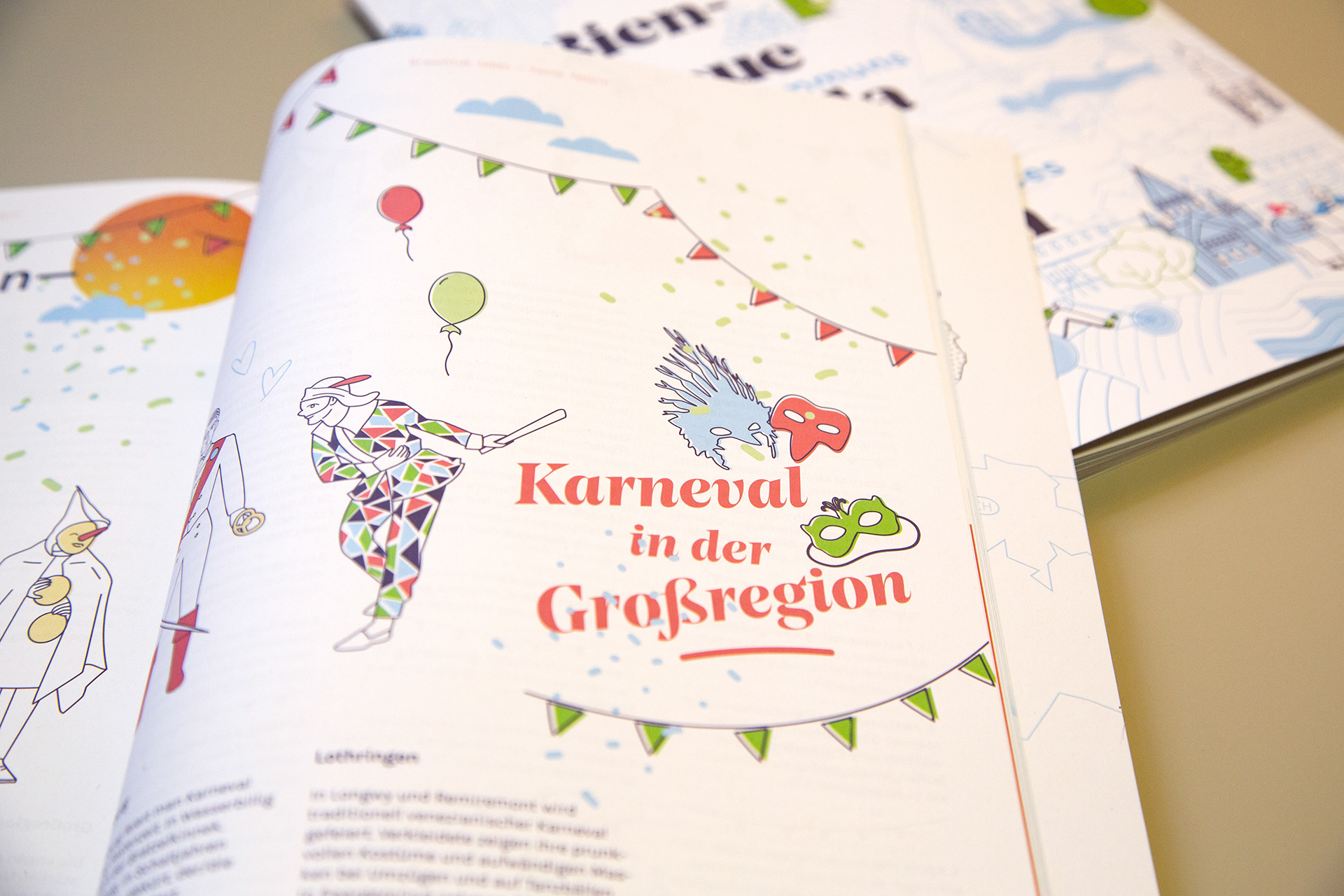 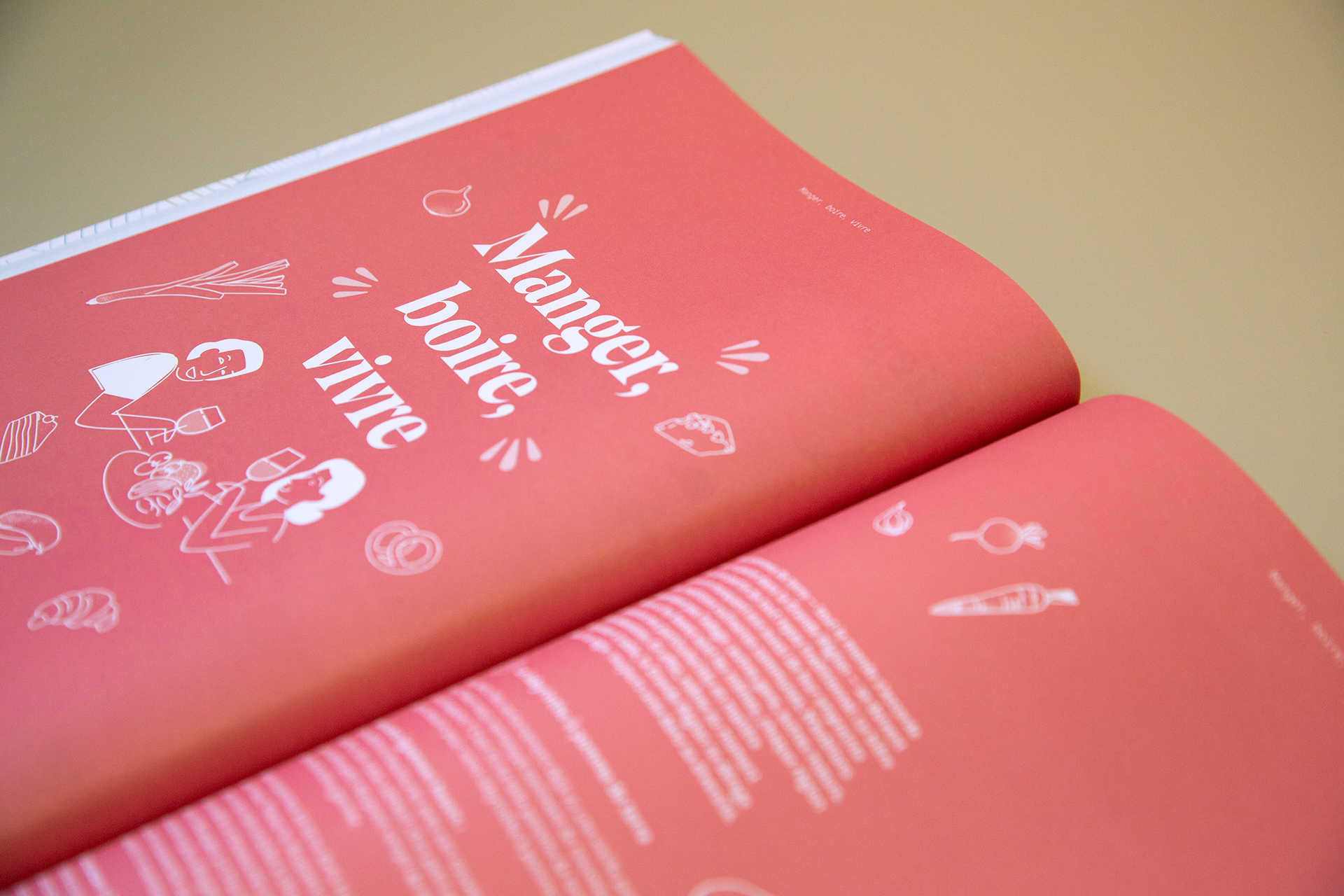 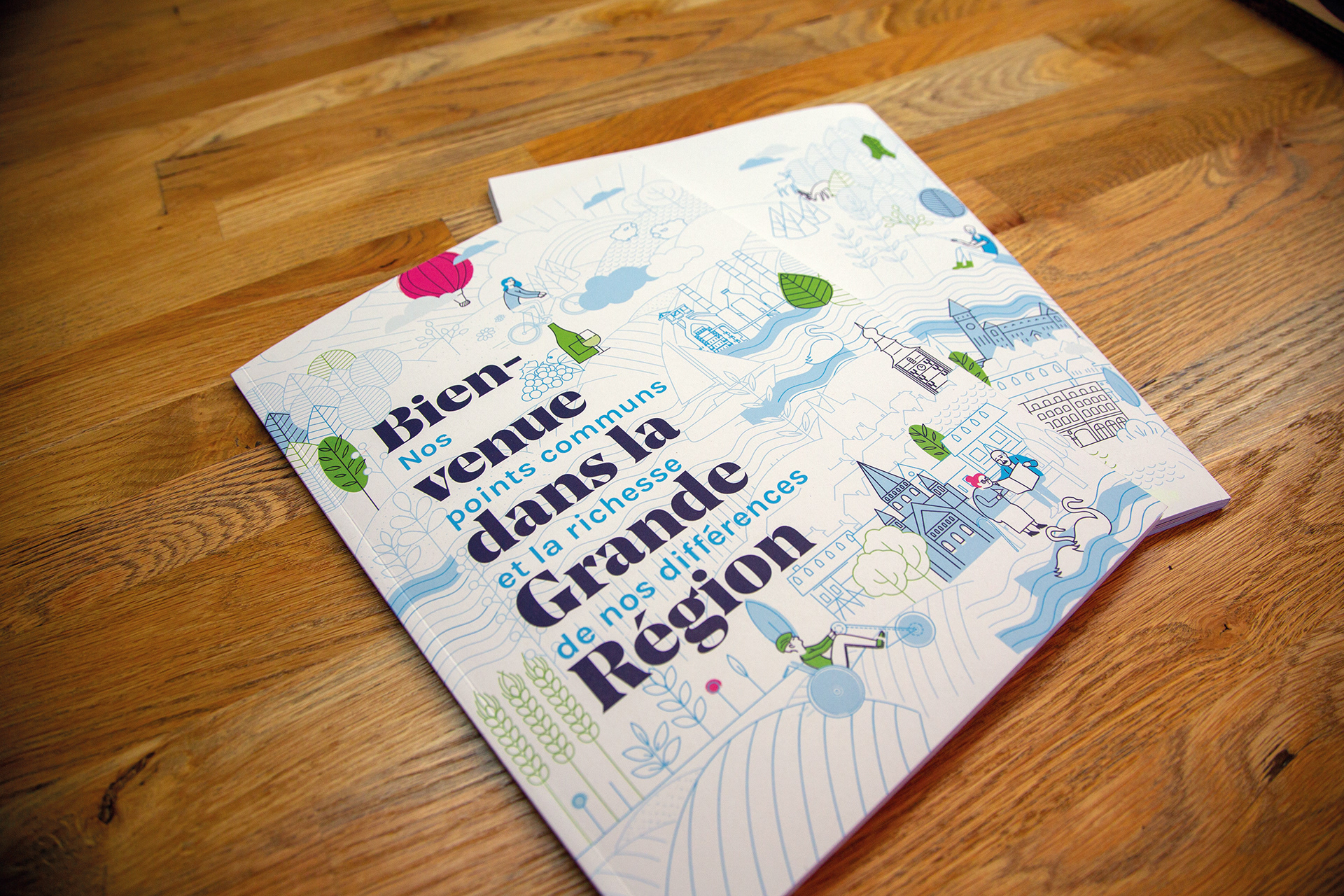 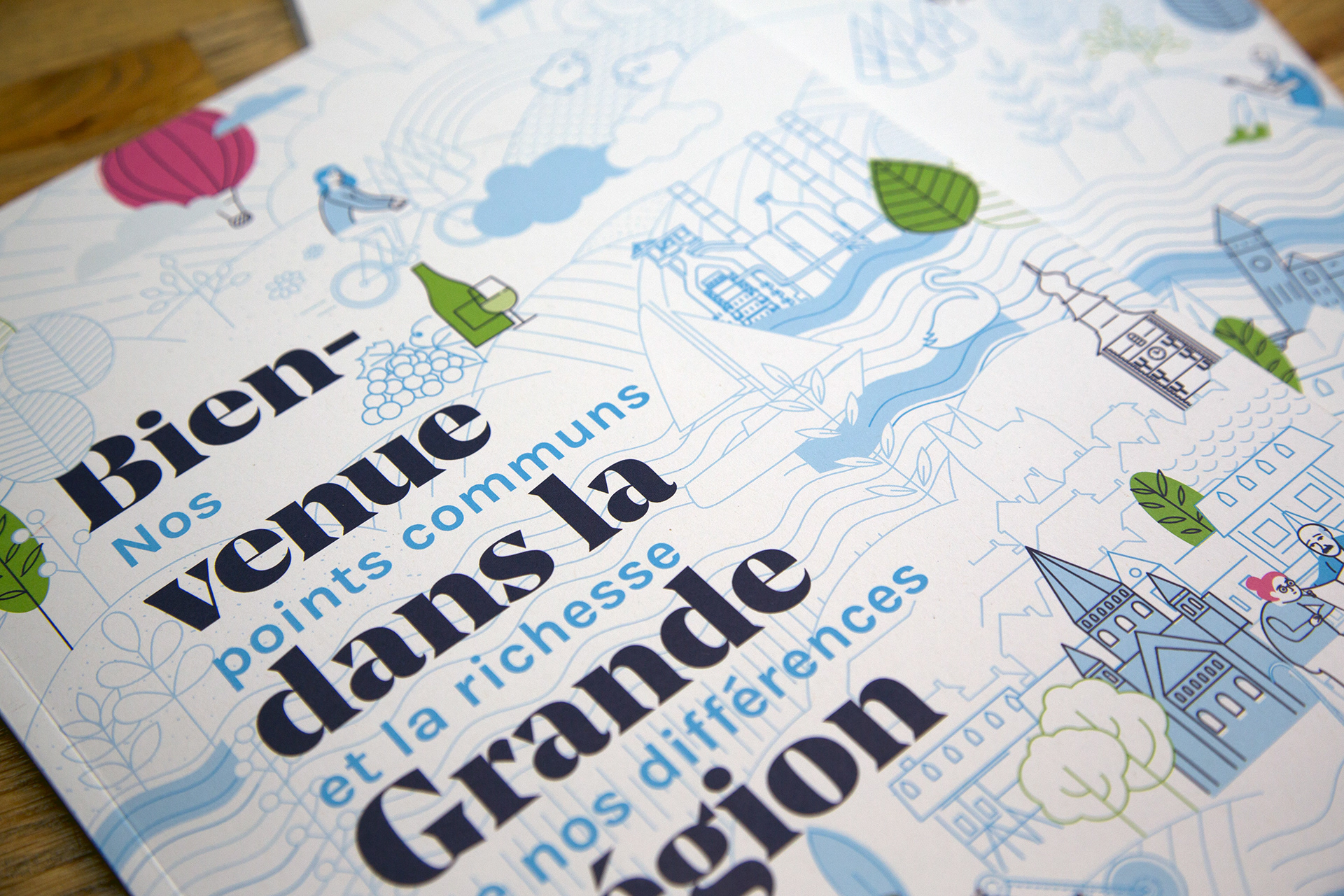 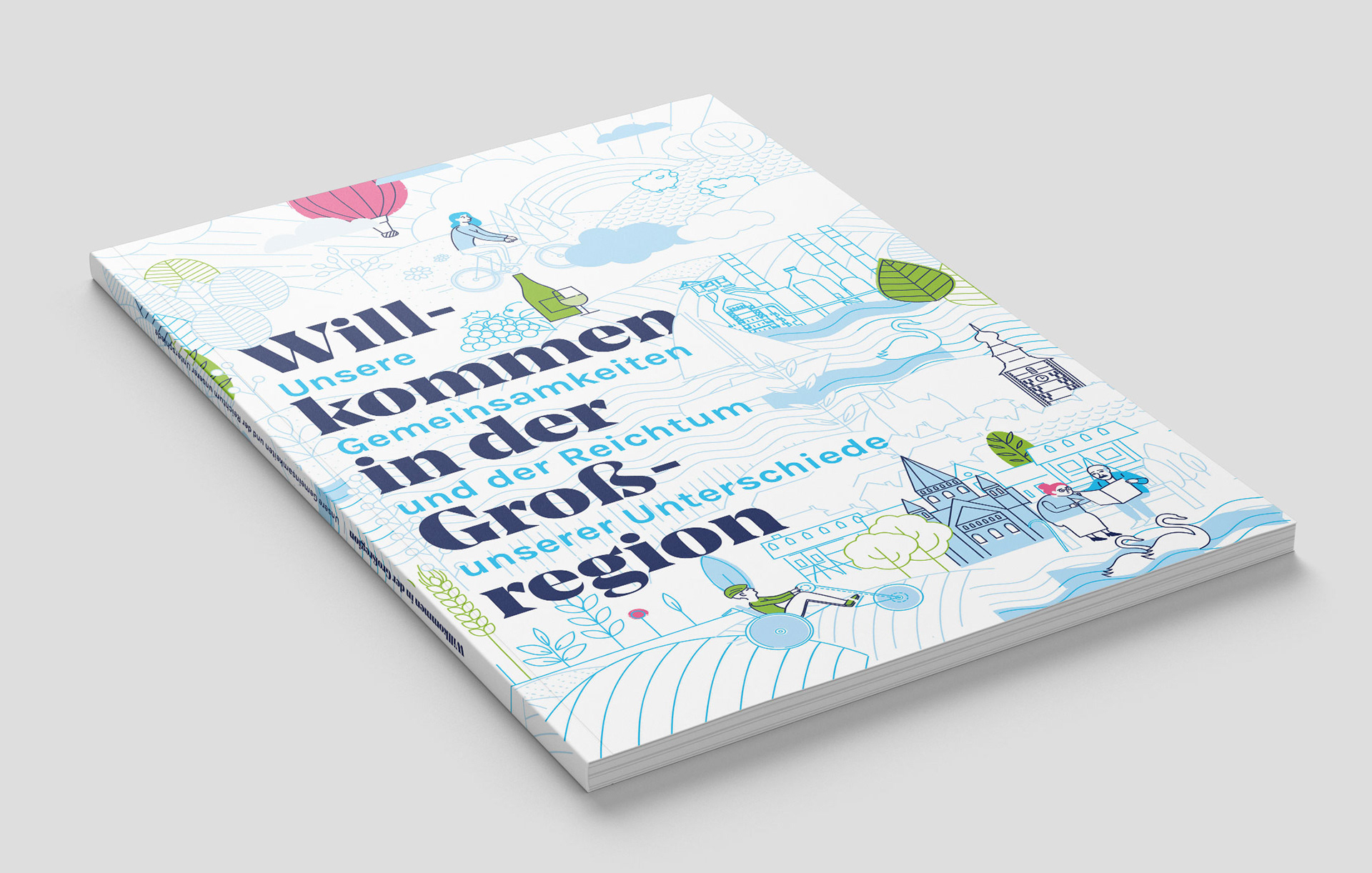 The particularity of the magazine is that it consists entirely of illustrations.
Cross-border magazine covering the region between Germany, Belgium, Luxembourg and France to show this region, aiming to inform and entertain.
Common culture binds beyond national borders. Five regions in four countries, often referred to as the Greater Region, deepen and simplify cross-border cooperation. These different regions grew together successfully despite previous tensions, divisions and wars. As a result, creating a common visual identify seemed appropriate.
The Luxembourg government took over the presidency for the summit of executives on 1st January 2018. Due to this event, the government decided to publish a magazine presenting the Greater Region, its sub-regions, its history, its commonalities and the differences. HUM designed a magazine based on infographics and illustrations with a catchy corporate design to create a common identity. Additionally, the corporate identity was used when creating an exhibition on the Greater Region.
↑Back to Top